Bettering life with technology in a world where humans and robots coexist.

Cheetah Mobile (NYSE:CMCM) was founded in November 2010 by Fu Sheng. The company is committed to "Using technology to improve people's lives in a world where humans and machines coexist". The company became listed on New York Stock Exchange on May 8, 2014. Drawing strength from its original businesses, Cheetah Mobile is on a strategic upgrading path from the mobile internet to the AI-driven industrial internet and has built up the AI capability for vertical integration, including independently-developed chip computing power, algorithm capabilities, system capacities, app capabilities, and the business brain.

As Cheetah Mobile's CEO, Fu Sheng has been leading the company's product and global strategies since 2010, overseeing both the Internet and AI business development. Within the first five years, Cheetah Mobile had become a world-leading developer for mobile apps and games under Fu's leadership. In May 2014, Cheetah Mobile was listed on the New York Stock Exchange (NYSE: CMCM), becoming one of the first Chinese tech companies to successfully expand overseas. In September 2016, Fu Sheng founded OrionStar, a robotics company that creates AI-enabled service robots. Prior to Cheetah Mobile, he joined Matrix Partners China as a vice president in 2018. In 2005, he served as the general manager of the software division at Qihoo 360. From 2014 to 2017, he was named one of the "40 Chinese Business Elites Under 40" by Fortune for four consecutive years. 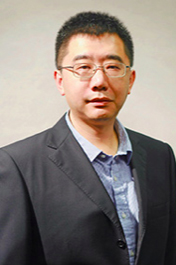 With extensive experience in capital markets, corporate finance and management, Ren Jintao joined Cheetah Mobile as Chief Financial Officer in early 2020, overseeing the company's finances and leading the investor relations program. Previously, he served as the CFO at Renren; Kaixin Auto Holdings, a subsidiary of Renren; and Chukong, as well as held various other financial leadership roles. Ren earned his bachelor's degree in economics from Renmin University of China and is a certified public accountant (CPA) licensed in the U.S., China and Canada. 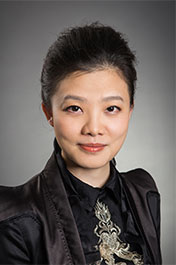 Scarlett Xiao leads the company's marketing, public relations and overseas product branding strategies. Previously, Xiao served as the public relations director at Qihoo 360 and the communications manager for Yahoo China. From 2008 to 2010, she was a senior manager in Baidu's corporate marketing department with a focus on public relations. She received her Bachelor of Arts from Renmin University of China. 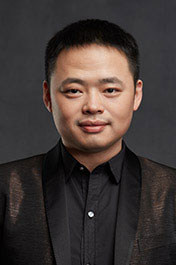 Edward Sun spearheads Cheetah Mobile's app development, including the chart-topping CM Launcher, Clean Master and Cheetah Keyboard. The apps developed by his team earned a global fan base and reached more than 600 million MAUs under Sun's leadership. He previously served in various management positions at Qihoo 360 and Trend Micro.

Need help with our products? You can reach us through the following emails:

For all media inquiries within mainland China, please contact

For all media inquiries outside of mainland China, please contact